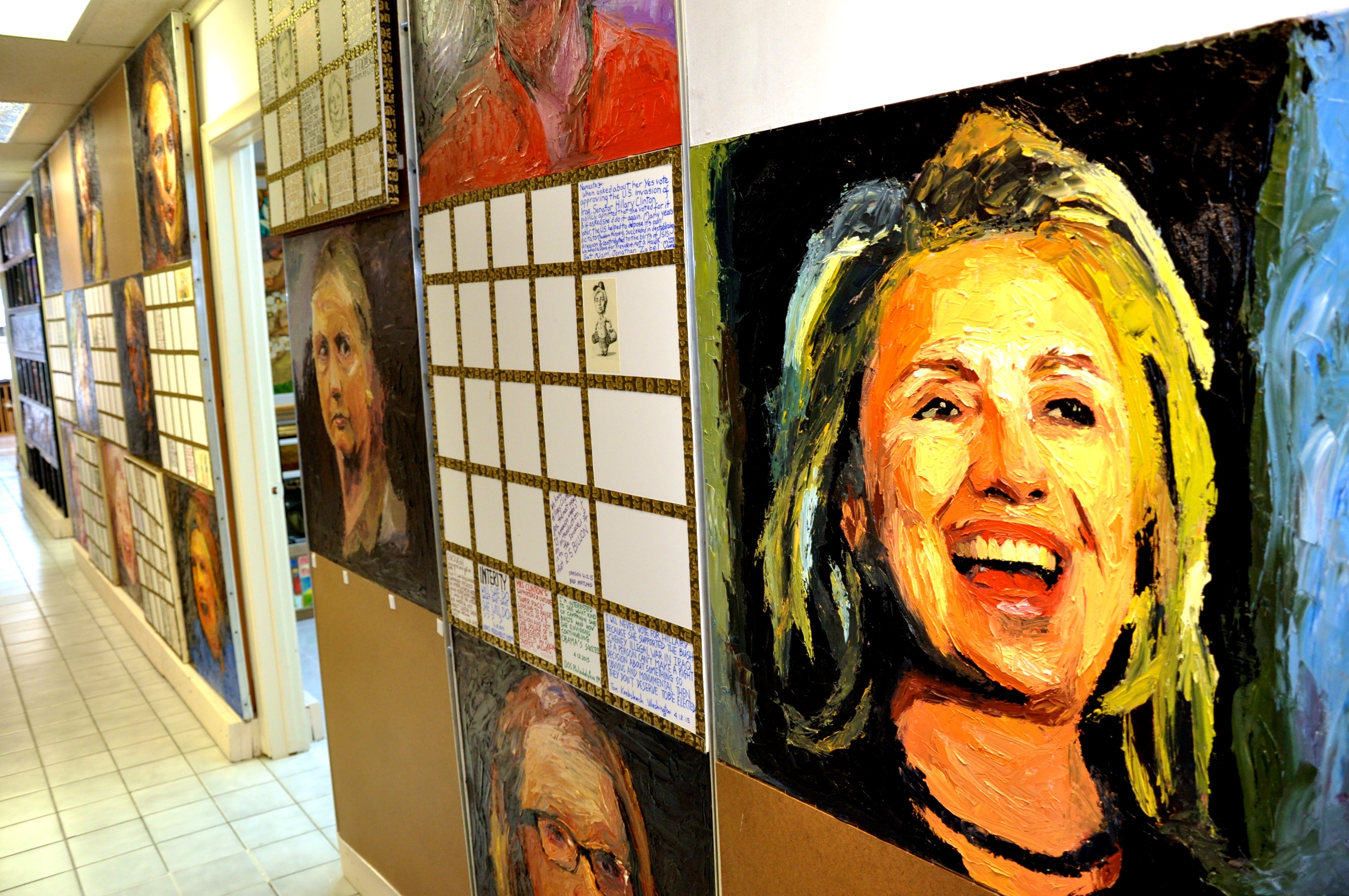 Our latest project is entitled The Many Faces of Hillary. We engage the public to share their hopes and dreams, their fears and doubts, about Hillary Clinton and our future as a nation. We seek to be the unfiltered public opinions and welcome both positive and negative opinions, requiring contributors take full ownership of their statements by signing their name and dating their submissions no matter their points of view as the Election Debates and campaign history are happening. 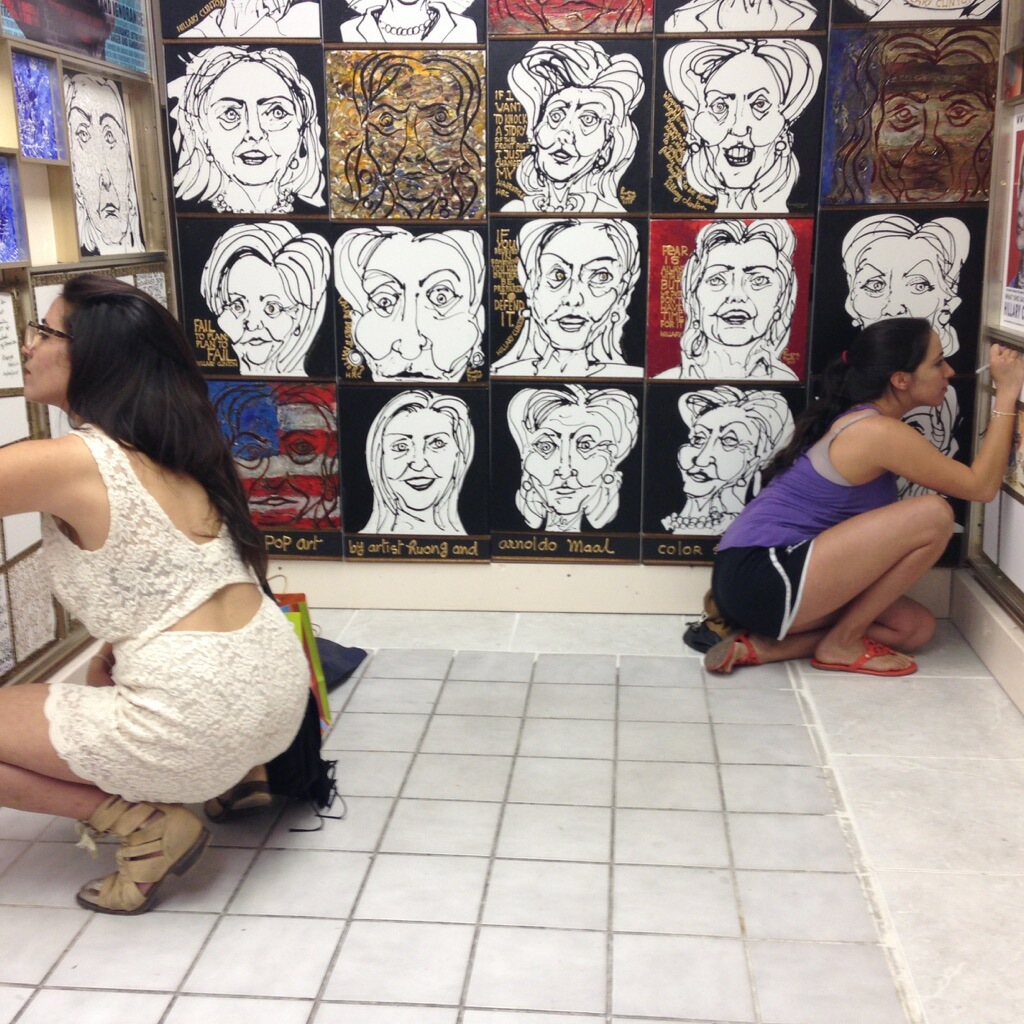 Since 2014, Miami based Artist/Peace activist Huong along with her team: Arnoldo Maal, Jessy Paz, Michael Gray, Isabel Martinez, Kulsoom Adam, Jesse Alejos, and  Shavon Whitehead are actively working on this 8 feet tall and 100 feet long  combines  more than 250 portraits  for  this unique mural that has documented the voices of America and the world .

And we are exciting to bring this mural to  26th Annual Asian Festival  this year to invite members of the community to join us to raise their voice to the next president of United States, In this capacity we have invited you to voluntarily share a portion of your own words to be added to a panel of the mural, documenting your own voice  on this interactive mural in this historic moment.

The Many Faces of Hillary  Mural and Words workshop is set to be exhibited at 26th Annual Asian Festival  - Homestead in March 3-6 of 2016. This popular and only one is an internationally recognized and promote the Asian art and culture festival that attracts last year more than 25,000 thousands of people from the state and all over the world. 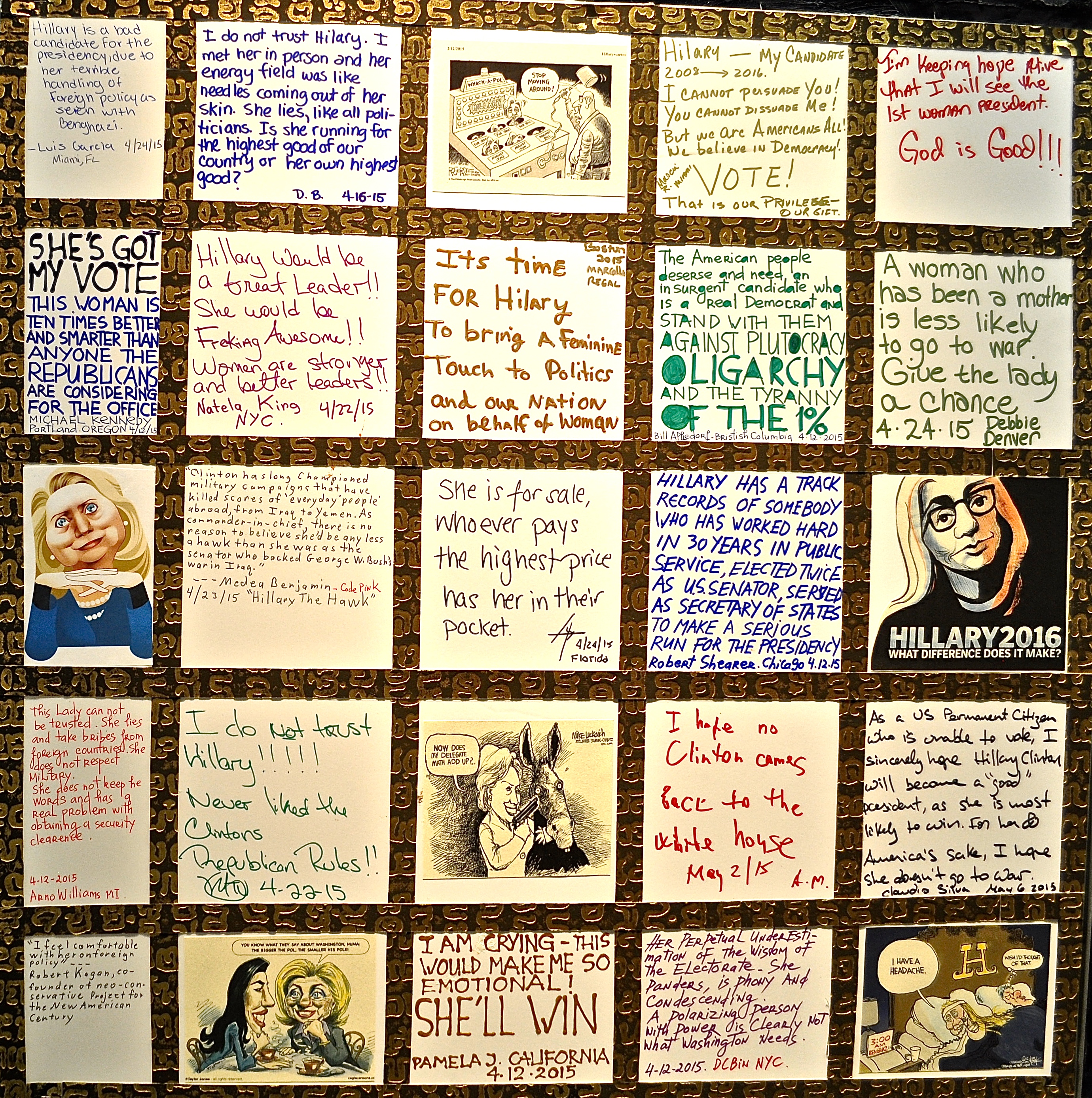